Tutorial: The Basics of How Celody Works

Loop as the Canvas

Celody works on a loop. Just like a painter starts with a blank canvas, with Celody you start with a blank loop. You should be familiar with loops because all clocks are loops. They repeat after you reach 12, returning to the 1 position. 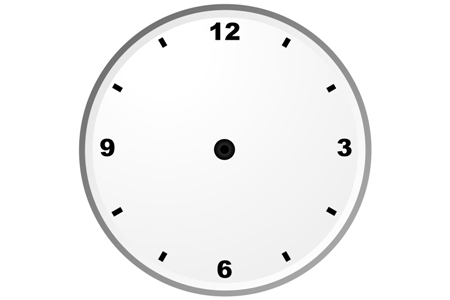 While the clock image above shows a 12 hour loop, with Celody you can configure the loop time to any length. You can make the loop 10 seconds, 10 minutes, 10 hours, or more. The time is specified using certain features of the stream file (bars, tempo, beatsPerBar). A faster tempo creates shorter loops. More bars create longer loops.

Ok. So Celody uses a loop. But how does it make music? By adding sounds anywhere along the loop. The simplest example is the common alarm clock. Let's say we add a bell sound to play every time the clock hits 6. This is the red dot in the image below. 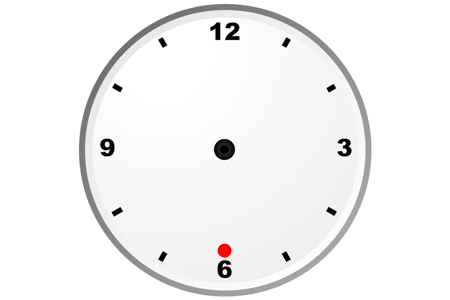 Adding Randomness to the Alarm

An alarm clock isn't very musical. What can we do next? We can add more sounds and add randomness. Let's add a second sound at the 6 position - a whistle sound (shown by the blue triangle). And now every time we loop to the 6 position, we randomly choose whether to play the bell or whistle. 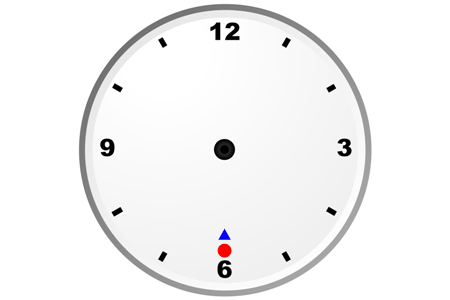 The simple random 2 sound clock isn't very musical either. But with Celody, you can add hundreds or thousands of notes along the loop. And you don't have to add just single note sounds, you can add chords or even whole sections - like verses and choruses. Plus, you can randomly add effects or change the volume of sounds or alter the pan position. The loop is your playground and you are only limited by imagination. (SEE RANDOMNESS) 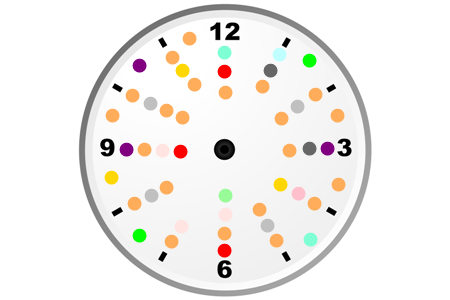 Music as loops is actually very consistent with music theory. Typically, western music moves from the Tonic to the Dominant and then resolves back to the Tonic. This is a loop pattern. Even song structures use loops, with verse to chorus to verse patterns. The takeaway point from this tutorial is that it's possible to create extremely rich music using Celody. The canvas is open for your musical creativity.